How Can I Tell If I Am Under-Insured? Do I Have Enough Insurance?

Are You an Under-Insured Motorist?

Many people drive their vehicles every day knowing they have insurance – but are unaware that they’re under-insured.

Let’s say you’re the at-fault driver in a collision. The other driver incurs $50,000 in medical bills and $20,000 in property damage. Your insurance policy might have a policy limit of $20,000, which means you’re under-insured for this situation. 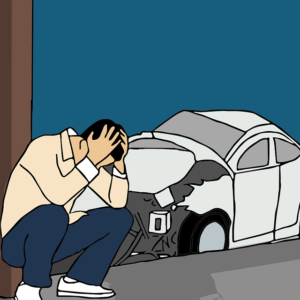 In any state, drivers may choose to save money on insurance premiums by purchasing the minimum legal amount of insurance. These plans maintain the minimum coverage limits required by the state – but they’re unlikely to cover all possible incidents.

In California, for example, drivers are required to have a minimum coverage of:

In general, most drivers can consider themselves under-insured if they just meet or exceed the limits mentioned above.

If you are under-insured, then you may have to pay out of pocket for charges that exceed your coverage limits.

Ideally, the collision causes no major medical damage to the other driver or his vehicle. However, that’s not always the case with car accidents. Think of situations like this:

In all of these situations, your basic liability coverage may not be sufficient to cover all damages. In that case, you may want to think about increasing your limits.

Should You Increase Your Limits?

Check your state’s minimum car insurance requirements. Does your policy exceed those requirements? Do you have the bare minimum coverage?

If so, then you may want to consider increasing your coverage. You will pay a higher cost per month – but you can significantly increase your liability limit and give yourself peace of mind.

What is Underinsured and Uninsured Motorist Coverage?

Car insurance companies offer things like underinsured and uninsured motorist coverage. These policies add to the cost of your insurance, but they can also protect you in the event of a collision.

Uninsured motorist coverage pays for your medical bills and property damage expenses if you’re in a collision where the at-fault party does not carry any automobile liability insurance (which is illegal). In a situation like this, you may choose to sue the uninsured driver. However, people who don’t have liability insurance typically don’t have a lot of assets sitting around – so even if your lawsuit is successful, you might not end up with enough money to cover your medical bills and other expenses.

Underinsured motorist coverage works in a similar way. These policies are activated when the at-fault motorist has liability insurance but doesn’t carry sufficient insurance to cover your losses.

In general, if you have minimum liability insurance, you’re considered an under-insured motorist. You have the minimum legal level of liability coverage – but it’s not enough coverage for many vehicle incidents, especially if multiple people are involved or severe property damage occurs.

Talk to your insurance company to see if increasing your limits is the right choice for you.