Is 21st Century a Good Car Insurance Company? Our Review 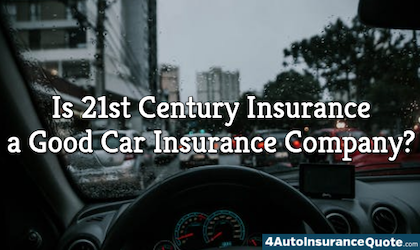 At the same time, no car insurance company is without complaints. 21st Century Insurance customers have complained about customer service issues, particularly after the company merged with a larger firm. Since the merger, some customers claim to have experienced worse customer service.

Another unique feature of 21st Century Insurance – and a feature that helps keep costs low – is that most of the business is conducted online and over the phone. Some people like that they can do their business entirely online, although other customers complained that they would have appreciated talking to a real insurance agent for a more personal experience.

J.D. Power is one of the biggest and most influential car insurance rating agencies in the United States. In the 2018 J.D. Power rankings, 21st Century Insurance was ranked “about average” compared to other car insurance companies. They didn’t have the excellent claims satisfaction ratings of some of the other insurance companies, but they also didn’t have the poor claims satisfaction ratings of some of their worse competitors. They were about middle of the road.

21st Century is a subsidiary of the Farmers Insurance Group, which provides insurance to over 20 million homes across the country. This gives the company a firmer financial footing and an established network qualified agents. 21st Century Insurance is a suitable option for people who are searching for affordable insurance rates. The company’s flexible payment structure also provides a convenient way of making monthly premium payments on time. 21st Century is best for Californian and Hawaiian drivers who are looking for a reliable, cheap insurance policy.