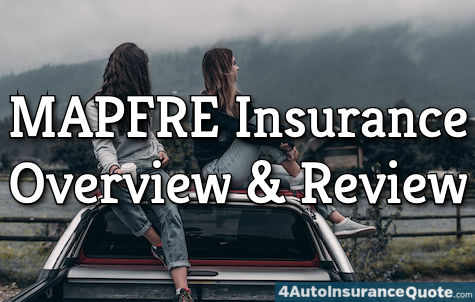 MAPFRE was founded in 1972 in Webster, Massachusetts, a small town in the southcentral part of the state. MAPFRE continues to be headquartered in Webster to this day. The company was initially known as Commerce Insurance Group but recently changed its name to MAPFRE after being acquired by a Spanish conglomerate.

In 2008, Commerce Insurance Group was acquired by Mapfre S.A., a Spanish insurance company based in Madrid. Today, Mapfre Group is one of Spain’s largest insurance companies. It’s also the largest non-life insurance company in Latin America. The company was founded in 1933 from the name, “Mutualidad de la Agrupación de Propietarios de Fincas Rústicas de España,” which was understandably shortened to Mapfre (also written as MAPFRE).

Today, MAPFRE continues to offer car insurance across New England and other states along the east coast.

Overall Satisfaction: 2 out of 5

Estimation Process: 2 out of 5

Rental Experience: 2 out of 5

Claims Servicing: 2 out of 5

Overall, MAPFRE sits towards the bottom of the rankings among competing insurance companies. Only one other company (Mercury) scored a worse ranking on the latest J.D. Power reports, although both Liberty Mutual and CSAA Insurance Group also scored 2 out of 5 for overall satisfaction.

MAPFRE is also ranked by A.M. Best, which analyzes the financial strength and stability of insurance companies. In 2018, A.M. Best gave MAPFRE an “A” or “Excellent” rating in terms of financial stability.

That “A” rating may sound impressive, but it’s about average in the insurance industry. Many other insurance companies score an A+ or even A++ rating from A.M. Best. Nevertheless, “A” is still considered good, and MAPFRE should be able to meet its financial liabilities.

One of the unique things about MAPFRE is that the company sells insurance through independent agents. The company employs more than 4,200 independent agents across the United States, with a total of 50,000 Mapfre agents worldwide. Other things that make MAPFRE unique include:

Only Available in 19 States: MAPFRE is available in certain states in New England and along the east coast of the United States. The company is not available nationwide.

Is MAPFRE a Good Insurance Company? Our Review

MAPFRE has scored poor to average ratings on most recent reviews. J.D. Power gave the company two stars out of five in its latest report, for example, putting it towards the bottom of the rankings.

Overall, customers seem to have mixed reviews for MAPFRE online. Some customers praise the company for their ability to offer competitive prices on home, auto, and life insurance. Some also appreciate the convenience of dealing with an independent agent who truly cares about their needs.

Others, however, have expressed concern with the claims process. There are numerous complaints online from customers having their claims denied for seemingly superfluous reasons. MAPFRE customers are advised to read the fine print of their insurance policies carefully to ensure they understand everything.

In summary, MAPFRE isn’t particularly well-rated, but the company’s insurance products may be worth a look if you’re searching for car insurance in one of 19 states covered by MAPFRE.

MAPFRE offers a range of auto insurance policies and products you don’t see with other companies, including all of the following:

AAA Discounts: MAPFRE is associated with AAA, which means the company offers specific discounts to AAA members. This discount typically sits around 10%.

MAPFRE was founded as Commerce Insurance Group in 1972. After being acquired by Spanish conglomerate Mapfre, Commerce Insurance Group was renamed to MAPFRE in 2008. Today, the company is the 19th largest car insurance provider in the United States, serving customers in 19 states. The Massachusetts-based company has a particularly strong presence in New England. Overall, MAPFRE isn’t particularly well-rated, although the company may be worth a look when comparing car insurance policies in New England and surrounding states.