Can You Get Insurance for a Car with a Salvage Title?

Today, we’re answering all your questions about insuring a car with a rebuilt title or a salvage title.

What is a Salvage Title? 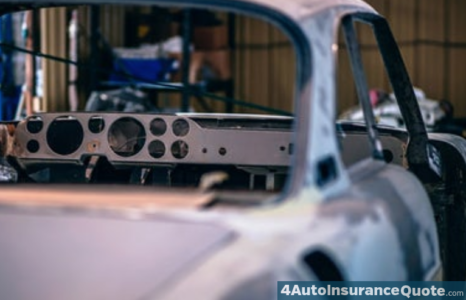 When a vehicle has a salvage title, that means your car has been declared as a total loss and can no longer be driven on public roads. Your car may have been totaled in a collision, for example, and damaged to a point where it cannot safely be driven.

If your car has never been in an accident, then it’s said to have a “clean title”. A car with a clean title has never suffered serious damage.

If your vehicle has been totaled, however, then that means it’s been in an accident where the cost of repairing the vehicle is higher than the value of the vehicle. The specific limit varies between insurance companies and states. Typically, however, if the cost of repairs exceeds 60% to 90% of a vehicle’s value, then your car is declared to be “totaled” and you might receive a salvage title.

If you choose to repair your vehicle, then it may qualify for a rebuilt title, which means the vehicle can be driven on public roads.

If Your Car Can’t Be Driven on Public Roads, then You Can’t Purchase Car Insurance

How Do I Get a Salvage Title?

Once a vehicle has a salvage certificate, the insurance company will typically auction off the vehicle. A salvage yard might purchase the vehicle for spare parts. Or, some businesses and individuals specialize in rebuilding vehicles.

After a car is rebuilt and passes an inspection, then the vehicle’s title might move from a salvage title to a rebuilt title.

Some Vehicles Are Given Non-Repairable Titles

When a vehicle is issued a salvage title, it indicates that the vehicle can be repaired to be roadworthy in the future if someone chooses to repair it.

Conclusion: You Can Insure a Car with a Rebuilt Title But Not a Salvage Title