Auto insurance – it’s something that you buy with the hope that you’ll never need to use it. Dealing with an automobile accident, especially one which causes injury to drivers or passengers, is a painful experience for all parties involved. Thankfully, insurance companies manage most of the risk of driving so Texas drivers can drive freely without the worry of severe financial stress should they end up in an accident. Let’s take a look at how auto insurance works in Texas. 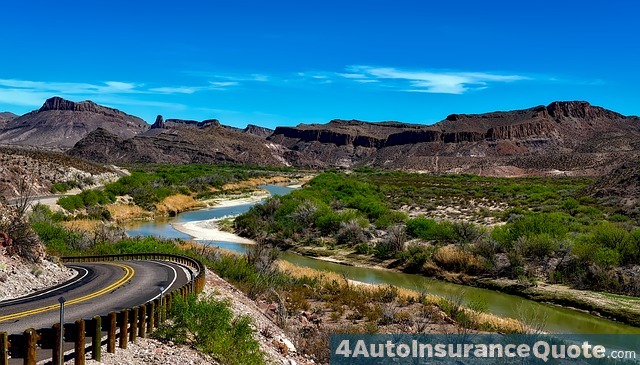 In Texas, the state liability coverage minimums are:

Take a look at how Texas’ minimum rates compare with surrounding states.

Optional coverage options in TX include:

On January 1, 2011, the State of Texas joined the vast majority of state governments in requiring citizens to provide proof of their ability to cover minimum liability limits while on the road. This is primarily done through the purchasing of an auto insurance policy that covers the driver, passengers and car. In Texas, there are three major areas of coverage where minimums must be obtained. The first is liability insurance coverage of $30,000 for bodily injury to one person, per accident. The second is a total liability insurance coverage of $60,000 for bodily injury per accident, and the third is property damage insurance for $25,000. This is commonly referred to as “30/60/25”, which you may have heard an auto insurance agent or other insurance professional refer to.

Although the 30/60/25 amounts may seem adequate, they really are basic insurance amounts and should be exceeded whenever you can afford it. For example, if someone causes an accident at freeway speeds, it’s almost a certainty that the $30,000 and $60,000 bodily injury amounts will be exceeded in medical bills alone. It’s also very easy to exceed the $25,000 property damage amount with today’s high-cost automobiles such as luxury cars and SUVs. Purchase the best coverage you can afford to ensure you aren’t burned later on.

Proof of coverage laws are now strictly enforced by police and other officials. The new “TexasSure” system implemented by the state allows police, vehicle inspectors and tax officials to verify whether or not a vehicle is insured almost instantly though an online system. While the original purpose of TexasSure was to combat insurance fraud and eliminate fake proof of insurance coverage documentation, it has allowed police to quickly crack down on motorists driving without insurance. If you get caught by state or local police without valid insurance coverage, you can expect a fine ranging from two to three hundred dollars. Penalties increase with subsequent convictions, so it’s best to ensure you have valid insurance.

Texas auto insurance rates are, on average, approximately the same as the national average.

We can also take a closer look at the ZIP codes within the state to see how rates changed based on different areas.

Though the state boasts very cheap auto insurance rates overall, let’s take a look at how rates vary between some of the largest companies in the state.

Theft is another component of insurance – and the news isn’t great for Texans when it comes to auto theft. According to 2008 statistics (the most recent year available) Texas ranks second in total number of vehicles stolen across the country, and third in total number of motorcycle thefts. On the plus side, the 2008 total of 85,411 vehicles stolen was a drop of more than ten percent from 2007, reflecting the strong effort that Texas law enforcement has put towards stamping out auto theft. This total works out to an auto theft rate of about 350 vehicles stolen per 100,000 Texans. Laredo, TX was the only city to crack the “top ten” list of highest auto theft rate metropolitan areas, with a theft rate of 827 vehicles stolen per 100,000 citizens. The above-average theft rates in Texas send a warning sign to drivers who are purchasing insurance; it’s important to make sure that any insurance policy purchased covers auto theft to the full amount of your vehicle, and minimizes any rate increases should a theft occur.

The news is much better in regards to accident risk while driving Texan roads and highways. The state experienced a decrease of eleven percent in regards to automobile fatalities in 2009, dropping to just over 3,000 fatalities recorded. This was an about-face from 2008, when almost 3,500 fatalities were recorded, and the fatality rate for auto accidents was rising. Statewide, there were a total of 399,000 automobile crashes recorded in 2009, down from 410,000 in 2008. State officials cited stronger enforcement of violations such as driving while intoxicated, cell phone and texting while driving laws, and more care taken by Texas motorists as the reason for the large drop in crashes.

Having proper auto insurance really is a no-brainer, and yet many Texans choose to take to the road without having an adequate policy to cover themselves should they end up in an accident. If you’re in the market for insurance, spend the time to do some research and find out which policies and coverage suit your needs and budget. You never want to use insurance, but if you have to, it’s good to have the best coverage you can.