Why Is Auto Insurance So Expensive In Detroit?

“Why is car insurance so expensive in Detroit?” That’s the question many residents are asking themselves right now after discovering that Detroit has some of the highest car insurance rates in the nation. As officials in cash-strapped Detroit scramble to determine the cause of these sky-high insurance rates, Detroit residents are left desperate, hoping to find some cheap insurance options before they, too, run out of money.

One Detroit couple remembered shopping for car insurance two years ago at a local agency and being quoted a $500 monthly premium. Now, if that was an annual premium, that would be affordable – in fact, it would be downright cheap. But $500 a month for car insurance is in stark contrast to the cost of renting or buying real estate in Detroit and the general low cost-of-living that goes along with it. 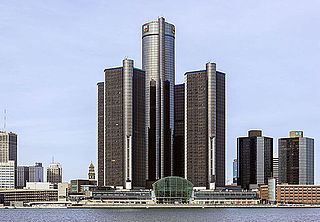 People that are used to lower insurance premiums – such as $1000 to $2000 a year – will have a difficult time adjusting to their new-found rates if they move to Detroit. Does the low cost-of-living offset the insurance cost? The sad answer is, “probably not.” You could most likely find low cost-of-living coupled with much lower auto insurance rates in a completely different part of the country (Winston-Salem, NC, for example).

Right now, Detroit is coming out of the bankruptcy stage. Its financial future will depend upon one main factor – getting people to move to Detroit and reversing the trend of people moving away. Not helping this cause is that auto insurance rates in Detroit can be as much as triple the rates in some other areas (especially what those drivers living in the suburbs will pay). Apart from high auto insurance rates, Detroit also has rising crime rates and extremely high-income tax rates. As you can see, improving the economy in “the Motor City” is far from a quick fix.

But insurance rates are certainly not making consumers want to stay, and it’s easy to see why. Not only is Detroit raising income tax rates, the crime rate is very high and on top of that, consumers who live there have to pay the highest prices on car insurance in the nation.

Detroit has seen some success with apartment buildings that have been redesigned and renovated around town, making room for more people who want to live there. But those pesky, high insurance rates leave potential renters for those apartment buildings with less money to spend on rent, not to mention less money to spend at downtown businesses (which is what many were counting on).

For many people in Detroit, their car payment is actually less than their monthly insurance payment. That can get “discouraging” says George Jackson, who was formerly Chief Executive Officer of the Detroit Economic Growth Corporation. “That’s a pretty big chunk of money going out of your disposable income,” he said. “It does have a negative psychological effect.”

Mayor of Detroit, Mike Duggan, said that Detroit could create an insurance company sponsored by the city that would offer “fair” auto insurance rates. So far, the proposal has gotten as far as getting $75,000 approved for a consultant to study the idea from all angles to try and figure out why Detroit is experiencing such high auto insurance prices. Creating a “city-sponsored insurance company” would be the first time that such a program would be implemented in a U.S. city. The report from the consultant is expected to be ready by next spring.

Some people think that they already know why the auto insurance rates are so high in Detroit. It can be attributed to the crime that is plaguing the city – of which car thefts, car vandalism and other problems are part of – as well as fraud and other related crimes. But the city wants to study the problem in detail before they decide what the cause actually is and how to lessen the problem – or more specifically – whether this proposal could alleviate the problem and take pressure off of citizens whose finances are already stretched thin.

Of course, there are some vocal opponents to Detroit’s plan to start their own city-sponsored insurance company. One of those is Senator Virgil Smith, who has gotten behind several bills to reduce urban rates that ultimately proved unsuccessful. He says city sponsored car insurance is a bad idea because it is putting the city on the hook for some potentially large personal injury medical bills. These liability claims could put the city even deeper in debt – a city which is already on the verge of bankruptcy.

Other Options For Detroit

Fixing the sky-high insurance rates is just one of the many problems that need to be solved before the Detroit economy can be rebuilt again.

Of course, even Mayor Duggan isn’t completely sure his plan will work, even though he calls it his best option right now. He says it comes down to whether or not the city can show that it will be profitable. Nevertheless, the expert consultant will look into this issue and might find something completely different than what most people believe are causing the large insurance premiums, he says.

Mayor Duggan speculates that medical facility costs and medical expenses are a bigger reason for these large premiums than auto theft and vandalism are. Duggan, of course, was the top person at Detroit Medical Center before he became mayor.

“The data that we’re seeing suggests that Detroiters are running up more in medical claims than other communities,” Duggan said in an interview with Free Press. “And so why is that? What’s causing that?” Across the United States in 2011, the average price of an annual auto insurance payment was $912. In Michigan, it was $1,110.”

Most officials agree that there is no reliable data to look at right now. They do not have access to public information about the amount of insurance premiums that were paid by those residents in Detroit.

Media interviews and surveys have come up with a rough estimate of $200 to $500 a month average premiums, which of course, showed that Detroit has the highest auto insurance prices of any other city in the United States.

City officials need to figure out what are causing such high insurance rates, and need to figure it out fast.  These auto insurance premiums could be the symptom of a much bigger problem which might take some out-of-the-box thinking to solve.