NJM Insurance Group was founded in 1913 by a group of factory owners seeking workers’ compensation coverage. The company was initially known as New Jersey Manufacturers Casualty Insurance Company. It was created when industrialization in America was at its peak. Soon after being established in 1913, the company started to sell car insurance. 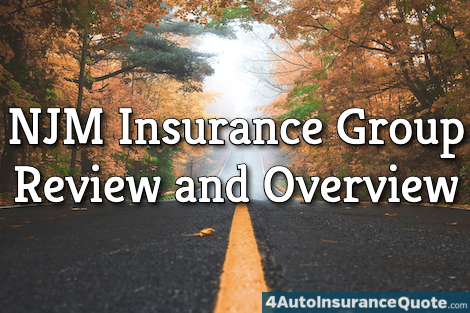 Today, NJM is also one of the few insurance companies in the United States to offer dividends to policyholders – something the company has done uninterrupted every year since 1918.

For most of its history, NJM Insurance Group focused only on New Jersey. In 2018, however, NJM expanded its services to Pennsylvania residents.

Overall, NJM scored significantly higher than its competitors in most important metrics according to the mid-Atlantic J.D. Power rankings.

A.M. Best, which analyzes the financial strength of companies, has also awarded NJM an “A+” or “Superior” score, which indicates that the company should have no trouble covering its claims or liabilities.

Mutual Company: NJM is a mutual company. That means any value or excess profits are given back to policyholders in the form of dividends. NJM claims the average policyholder receives about $150 per year in dividends, equivalent to about a 10% discount on car insurance.

Affordable: NJM is known for its affordable policy options. The company routinely scores well in terms of price competitiveness and value among its mid-Atlantic region competitors. NJM’s insurance is priced about 20% lower than the New Jersey state average.

Few Complaints: One of the reasons why NJM is ranked so high among car insurance providers is because the company gets few complaints. In fact, there have been multiple years where the NJ Department of Banking & Insurance receives zero complaints against NJM – which is impressive considering the company insures 850,000 policyholders across the state.

Is NJM a Good Insurance Company? Our Review

NJM has very strong reviews compared to other car insurance providers in New Jersey. The company scores well in terms of claims satisfaction and pricing. As mentioned above, the NJ Department of Banking & Insurance receives few complaints about NJM, and they even receive no complaints whatsoever in some years. That’s impressive.

NJM is also well-rated for its repair, rental, and settlement process. Customers generally have a smooth and easy claims experience with NJM.

NJM offers a standard range of auto insurance policies and products to policyholders in New Jersey and Pennsylvania. Some of the features that make the company unique, however, include:

Ideal for Young, Male Drivers: Young, male drivers are among the highest risk drivers to insure. They always pay more for car insurance. However, NJM is one of the most competitive companies for young male drivers, charging significantly less than many of its competitors.

Easy Claims Process: One reason why NJM is ranked so highly is that the company has excellent ratings for its claims process. Few customers have any complaints about making a claim with NJM. Typically, when researching any insurance company online, you can find numerous complaints from customers who feel wronged after a denied claim. With NJM, these complaints are surprisingly rare.

The only real drawback with NJM is that it’s only available to drivers in New Jersey and Pennsylvania. Otherwise, the company scores nearly perfect marks for claims satisfaction, pricing, value, and other metrics. Since 1913, NJM has covered New Jersey policyholders while also distributing profits back to policyholders in the form of dividends, with the average policyholder receiving about $150 in dividends per year. For all of these reasons and more, NJM is frequently ranked as the top insurance company in New Jersey (and has recently expanded into Pennsylvania as well).