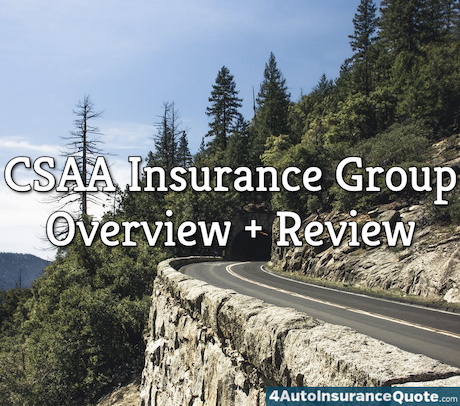 The California State Automobile Association, or CSAA, traces its history back to the early 1900s when a group of automobile buffs began meeting in San Francisco. The group encouraged the state to build paved roadways and improve signage to handle the growing popularity of automobiles. Thanks to CSAA, the state of California passed one of the country’s most substantial motor vehicle legislation acts in 1905.

In 1907, CSAA was officially incorporated in California as a non-profit mutual benefit corporation. By 1910, CSAA was affiliated with the nationwide American Automobile Association (AAA). That affiliation continues to this day: if you buy AAA car insurance in certain states, you may receive CSAA car insurance.

In 1913, CSAA began to sell car insurance. In 1974, the company sold its first home insurance policy. CSAA opened offices in Nevada in 1933, then eventually branched into Utah.

Since 2007, CSAA has been headquartered in Walnut Creek, California. Soon after the move, CSAA changed its name for the first time in 103 years, moving forward under the name AAA Northern California, Nevada & Utah, also known as AAA NCNU. The auto club and insurance company eventually split, and the insurance company changed its name to “CSAA Insurance Group, a AAA Insurer” in 2013.

Today, CSAA is moving forward under the name CSAA Insurance Group, a AAA Insurer. However, some still refer to the company as AAA NCNU or CSAA.

CSAA generally ranks average to poor compared to its competitors. The company appears on both the national rankings and California subregion rankings from J.D. Power.

In recent years, CSAA has received poor grades from J.D. Power. Here’s how CSAA performed on the 2019 California subregion rankings:

Overall Satisfaction: 3 out of 5

CSAA did much worse on the nationwide auto claims satisfaction rankings from J.D. Power, where the company scored two stars out of 5 overall, which was the lowest possible score.

CSAA has several features that make it unique:

Only Available to AAA Members: Only AAA members can purchase AAA car insurance, including all CSAA car insurance policies. Annual AAA dues range from $48 to $98 depending on your membership level.

High Customer Satisfaction Scores: The latest J.D. Power rankings have not been kind to CSAA Insurance Group. Generally, however, CSAA and other AAA-affiliated insurance companies are known for their high customer service scores. Policyholders tend to pay slightly higher premiums compared to competitors, but they also enjoy better customer service.

Is CSAA a Good Insurance Company? Our Review

CSAA Insurance Group offers car insurance to policyholders in 23 states. The company isn’t one of the largest or best-known insurance providers, but it is particularly popular among policyholders in northern California, Utah, and Nevada.

As a AAA insurance provider, CSAA only sells car insurance to AAA members. You must be an active AAA member to qualify for car insurance from CSAA. As with other AAA-affiliated car insurance companies, members tend to pay slightly higher premiums to enjoy marginally better customer service. All AAA members also enjoy standard benefits like roadside assistance.

We analyze car insurance companies based on customer reviews, J.D. Power rankings, and other metrics. In the latest J.D. Power rankings for auto claims satisfaction, CSAA ranked very poorly compared to its competitors. CSAA received an overall score of 2 stars out of 5, which was the lowest possible score. Only three other insurance companies (Liberty Mutual, MAPFRE, and Mercury) had a score this low. CSAA received a slightly better score in the California subregion rankings (3 stars out of 5), although it still lagged behind its competitors.

Customer reviews for CSAA tend to be more positive, however. Many customers online report having a positive experience with CSAA, with many policyholders expressing a positive claims experience and other benefits.

CSAA Insurance Group has several auto insurance policies and products that differentiate it from the competition, including:

Roadside Assistance: You must be a AAA member to buy CSAA car insurance, which also means all CSAA members have roadside assistance (among other membership benefits) by default.

If you are a AAA member and want to get car insurance through AAA, then CSAA Insurance Group is one option for residents of 23 states. The latest J.D. Power rankings have not been kind to CSAA, and many customers have expressed concern with the pricing, claims process, and customer service. Generally, however, CSAA is known for providing higher quality customer service at a slightly higher price tag.

Request a quote from CSAA or AAA today to find out if CSAA Insurance Group meets your needs and budget.