The United Services Automobile Association (USAA) is one of America’s biggest and best-rated car insurance companies. The company provides car insurance and financial services to members of the United States military and their families. USAA has around 13 million members countrywide and currently ranks as the number 100 company on the Fortune 500 list, making it one of the largest corporations in the United States by revenue.

USAA was founded in 1922 in San Antonio, Texas, which is where the company is still headquartered today. The company was formed by a group of 25 United States Army Officers who felt there was a need for reliable and economical auto insurance. 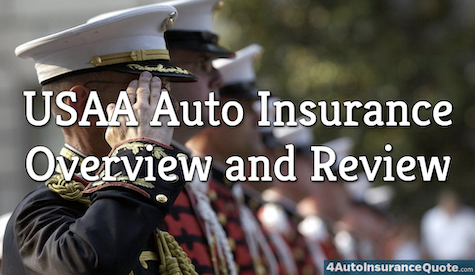 The company was originally called the United States Army Automobile Association before changing its name to the United Services Automobile Association to reflect the fact that commissioned officers of other U.S. military services (not just the Army) were eligible for membership. Early in its history, USAA opened offices in Frankfurt, Germany and London, England to cater to American military personnel in the area.

For most of its history, USAA focused specifically on car insurance. Starting in the 1960s, however, USAA started to sell home and life insurance. By the 1970s, USAA had branched into brokerage and investment management services before launching full-fledged banking services in the 1980s.

Since its founding, USAA’s membership has been restricted to members of the United States military and their families. However, USAA briefly offered restricted membership to ordinary civilians from 2009 to 2013, allowing non-military members to access USAA’s investment products, certain banking products, and life insurance. USAA’s auto and property insurance, however, have never been available to civilians.

USAA generally ranks higher than its competitors for claims satisfaction, customer service, and other measurements. In fact, USAA is routinely among the best insurance companies in the industry for multiple metrics.

Here’s how USAA performed in the latest J.D. Power rankings:

Insurance Shopping (Auto): Among the best

Home Insurance: Among the best

Property Claims: Among the best

USAA has several features and products that distinguish itself from other insurance companies in the industry, including:

Available to Active Military Members, Veterans, and Their Families: You or an immediate family member must be active or retired military to purchase USAA auto insurance. You may also qualify if you are the adult child of a USAA member. Although USAA has opened certain financial products to non-members in the past, the company has never offered its property or casualty insurance to non-qualifying civilians.

Is USAA a Good Insurance Company? Our Review

USAA is routinely ranked as one of the country’s top insurance companies. USAA is frequently the cheapest option in various states, for example, but it’s also one of the best-rated insurance companies in most states. Customers generally have a good experience with USAA for customer service, claims satisfaction, and other metrics.

J.D. Power’s rankings routinely place USAA at the top of the list among competing car insurance companies. USAA isn’t quite the best in terms of customer service and claims satisfaction, but it frequently ranks in the top 3 or top 5 insurance companies overall, even scoring a perfect five-star rating in certain categories.

USAA offers a standard selection of car insurance products and policy options, including:

Accident Forgiveness: A single at-fault accident will not raise insurance premiums (assuming you have no other at-fault accidents within a five year period). Accident forgiveness is included by default in some states, while it’s an optional add-on in other states.

Mobile App: The USAA mobile app lets you manage your insurance policy, pay bills, download your proof of insurance documents, and file a claim, among other features.

Military-Specific Discounts: USAA offers specific discounts for members of the military. If you store your car at a military base, for example, then you can get a 15% discount on coverage.

Overall, USAA is the obvious choice for members of the United States military and their families. The company offers a great suite of auto, home, and life insurance products across the country. USAA not only offers some of the lowest insurance premiums in the country but it also routinely ranks at the top of the list for customer service and claims satisfaction. For those who are eligible, it’s hard to compete with USAA.