Auto insurance can be a very boring business to be in especially when there are no accidents but sometimes the business can get more interesting and even funny as some drivers try to cover up the real reason for their accidents. This article contains the very best and funniest auto insurance fraud stories.

Jack just brought home the brand new Mercedes Benz 350 SUV and was excited about finally having a luxury vehicle while at the same time still having an SUV to meet his family’s needs. 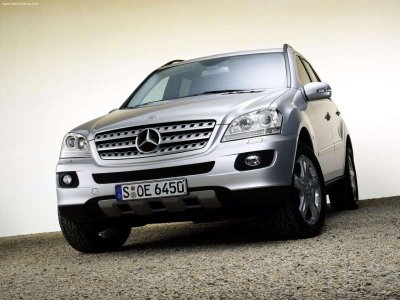 On his first weekend with his new ‘baby’ Jack’s brother Alex calls him to ask if they are still on for their weekend duck hunting trip. Since it’s still winter and all the lakes are frozen near Jack’s home it’s a perfect time for duck hunting. Jack reluctantly agrees to go and then next morning Alex shows up at four in the morning at Jack’s front door with his dog, cooler of beer and shot guns. Alex persuades Jack to be the driver and they get into Jack’s new Mercedes Benz 350 and head out to their favorite lake for some duck hunting.

When they arrive at the lake Jack slowly drives his Benz out on the ice and the guys get out with Alex’s dog to start duck hunting. They get started by trying to make a large hole in the ice nearby that’s large enough for passing ducks to spot from the air but since creating a large hole in the ice, during the middle of winter can be a challenge Alex has something better in mind, walks back to the Benz and pulls out a stick of dynamite with a short fuse.

Alex lights the fuse and throws it as far as possible out onto an open part of ice to create the hole that they want. Just as the dynamite lands on the ice, Alex’s dog runs after the stick of dynamite to retrieve and bring it back to Alex. As both men realize what’s happening they shout and scream in terror as Alex’s dog retrieves the dynamite and starts running back towards Alex. Both men now frantically grab their shot guns and start shooting at the dog to keep it away from them but the dog, not accustomed to being shot at, runs past the men hysterically and drops the dynamite right next to Jack’s Mercedes Benzes ML 350. Alex and Jack both know what’s going to happen next and stare in horror as the dynamite explodes, blowing up the Benz and sending the wreck down to the bottom of the lake.

Jack and Alex stand there for minutes staring at the gaping hole in the lake wondering how they could explain this when Alex walks to the cooler of beer and says “well at least the beer didn’t get blown up”. Both men laugh and try to think of a story about what happened to Jack’s Benz but realize that Jack’s insurance company would never believe them. Later that week Jack hears back from his insurance company and learns that sinking his vehicle by explosives on the lake isn’t covered by his insurance and he’s on the hook to pay the whole $46,900 price tag for his SUV.

Bill had been working for his company for years and had been able to cover up his drinking on the job easily but lately he had been having more than just a beer with lunch and it was beginning to show. On one Friday afternoon he was all over the road after having a few Jack and Cokes with his buddies before the end of the day. As Bill drives his Ford Cargo van down the busy road back to the office a compact car pulls out of a side street and Jack slams right into it. Minutes later the police show up to process the accident scene and an officer asks Bill for his story. The officer can see that Bill is still obviously drunk and asks “so what really happened here?” Bill said: “An invisible car appeared out of nowhere, struck my car and disappeared!” The officer laughed and said: “hey buddy it wasn’t an invisible car. I think you’re drunk.” Bill replied: “No officer I think you’re drunk because I see two of you!”

Shopping At Home Depot Can Be Dangerous… 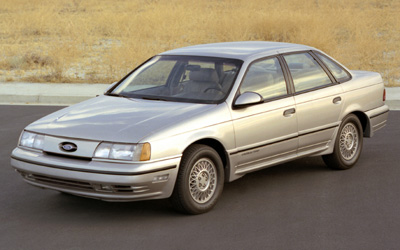 Mary was accomplishing a lot of projects around her home during the weekend and decided to make a final stop at home depot for new hedges and plants for her garden. After spending an hour at home depot she loads all of her new plants and hedges into the back seat of her 1990 Ford Taurus and drives away. On the drive back to her house, Mary reaches down to change the CD that she’s listening to and unaware of the red light coming up she slams into the back of a furniture deliver truck. Moments later the police show up to take her story and she tells them “I was driving back from home depot and suddenly a hedge sprang up and obscured my vision, that’s why I didn’t see the other car. The officer laughed and said “mam, you’re carrying plants in your back seat. I don’t think that excuse will hold up in court.”