Known as the “Empire State of the South” and leading with its motto of Wisdom, Justice and Moderation, the state of Georgia is one of the shining stars in the Southern United States. Georgia was one of the original thirteen colonies, and quickly jumped on board with the forming of the country as the fourth state to ratify the new US Constitution in 1788. As one of the fastest-growing states in the country, Georgia is constantly seeing more and more drivers on its roads, and if you’re a new driver in Georgia, you’re going to need to know a bit about insurance. Let’s take a look at Georgia auto insurance, and how it affects you. 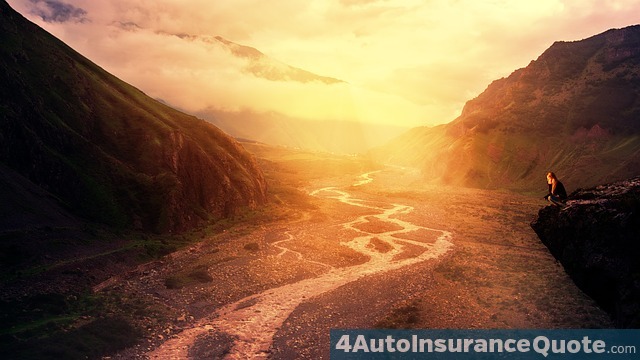 In Georgia, the state liability coverage minimums are:

Optional coverage options in Georgia include:

As is typical with many states, Georgia auto insurance laws follow a “tort” system, which means that in an accident, someone will be considered “at fault” and that person and their insurance company will be on the hook for damages. Georgia law requires drivers to prove financial responsibility through purchasing auto insurance, and mandates that drivers have minimum coverage in three different areas.

The first two minimum coverage requirements focus on Body Injury Liability insurance. This type of insurance pays out to cover the medical treatment, rehabilitation and other costs stemming from injuries that you have caused in an accident where you are determined to have been the “at fault” party. Georgia state law requires that drivers have a minimum of $25,000 of BIL coverage per person, per accident, and a minimum of $50,000 BIL coverage for all persons in a single accident. As anyone who has been in a high speed crash can attest to – these numbers are somewhat low, and any Georgia drivers that have room in their budget should purchase a higher coverage amount. A single trip to the hospital for one person can quickly max out one’s BIL coverage – and then the driver is left paying the rest of the medical bills out of pocket.

The other area that Georgia law mandates that drivers have minimum coverage is Property Damage Liability insurance. This type of policy covers the costs of damage that you have caused to someone’s automobile or other property in an accident where you are deemed at fault. The minimum required amount of PDL coverage is $25,000, which is a fair amount of coverage. Again, those who have space in their insurance budget would do well to increase this, as a crash with something like a luxury car can cause significant amounts of expensive damage.

Average insurance rates for Georgia drivers tend to fluctuate over the year, but on a statewide basis they remain below average when compared to the rest of the country. A driver in Atlanta can count on annual premiums of around $1450, or about $120 per month, whereas a driver in Augusta will see premiums of around $1400 per year – a small savings. Drivers in smaller cities in Georgia see further discounts, and can count on paying an average of about $108 per month, which works out to about $1300 on an annual basis. Insurance rates have been trending upwards in Georgia over the past year, so it’s best to get in and renew your auto insurance as soon as possible to avoid being stuck with further price increases.

Sadly, Georgia’s crash statistics don’t bode well for drivers in the state – or their insurance rates. The most recent data available from the Georgia Department of Transportation is up to 2006, but shows that crash rates have been trending upward. In 2000, Georgians saw a total of 310,000 automobile crashes, with a total of 1549 fatalities. In 2006, the numbers were far worse, with a total of 342,000 crashes and 1703 fatalities. The one bright light is that the 2006 numbers were down from 2005, so future data may show that drivers in Georgia are taking road safety more seriously and are bringing these totals down.

Whether you’re new to Georgia or you’re a long time Georgian who’s just in need of auto insurance – it pays to do your homework. Spend some time researching online or speak to an auto insurance agent who can give you some advice. Finally – don’t forget to drive safe!