How to avoid a DUI – Alternatives to Driving Drunk

Driving under the influence of alcohol is a criminal offense. Serious punishments are always being handed out by a court of law to people who have been stopped by the police while driving drunk. The number of traffic accidents caused by drunk driving is on permanent increase, and with it the drivers and their passengers who have been either killed seriously injured as a result. Insurance rates are also on the continual upswing because of drunk driving incidents. There are no excuses and no reasons for a person to drive a car while drunk and every step must be taken to prevent it from happening. 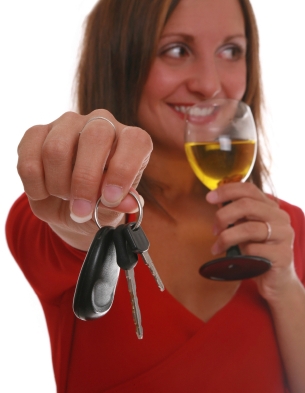 DUI, or driving under the influence of alcohol, to give it its full title, is one of the major scourges of modern society and must be discouraged at all costs. In the majority of recorded cases, drivers who were involved in drunk driving incidents clearly stated that they had no intention of driving their car while drunk and that unforeseen circumstances forced them into it. The secret is to anticipate these circumstances and put in a series of checks and balances to prevent them from happening.

For example – many working people enjoy a beer or two after work with their colleagues. In a lot of cases the evening can drag on and the driver finds themselves having drank too much and without a car to drive home. There are two ways to prevent the potential dangers of this situation from coming to pass. First of all, if you think that you might be going for a drink after work, leave your car at home that day. The second choice is to leave the car in the car parking lot, and get home by bus, train or a lift from one of your colleagues who has not had too much to drink.

How to avoid a DUI- Designated drivers

All over the United States, groups of young people like to go out together for an evening of fun. Chances are that they will be drinking some alcohol and will usually drink to the point that they become over the safe limit to drive. In these cases,designated drivers should be chosen before the evening even begins. A designated driver’s role for that evening is not to consume any alcohol, and to drive the rest of the group around and make sure that they all get home safely. If this group of friends is really tight, then the designated driver’s schedule will be very well balanced and everyone’s safety will be guaranteed.

In any situation, every driver should have at least one back up plan. For those drivers who are forward thinking enough to be members of the AAA (the American Automobile Association), then they will be able to take advantage of this nationwide organization’s Tipsy Tow service. Drivers who find themselves under the influence of alcohol with their car can call on AAA to extricate them from the situation. Tipsy Tow will come along and tow the car, its driver and one passenger only all the way home, within a fifteen mile radius and only up to two am. This forward thinking scheme has proven to be very effective and worth considering for any driver who fears that they may find themselves in such a situation.  A simple phone call to AAA is all that will be required to prevent a potential disaster.

Use Saferide America And Stay Safe

As we are now aware, there are very few people that set out for a day’s work or an evening’s entertainment with the intention of driving under the influence of alcohol. When such a situation occurs then it befalls upon the driver to find a solution to the problem and under no circumstance sit behind the wheel of their car. These days there are a number of innovative solutions available for drivers to rescue them from the temptations of driving drunk, with one of the best being SafeRide America.

SafeRide America has been on the scene for more than ten years and provides one of the easiest solutions for getting a car and its driver home safely. And the way that they do so is so simple that it is brilliant. They send along a driver with a backup car who will make sure that their inebriated client will get home safely. Hiring a SafeRide America costs a little money, but it’s nothing when compared to what it could cost if a driver is caught under the influence of alcohol or involved in an accident.

Drivers have a responsibility that they have to honor legally and morally as soon as they sit down behind the wheel of their car. And that is to have their full facilities about them. Driving while under the influence of alcohol will impair levels of judgment and reaction time. Car owners whose lifestyles are liable to find themselves in situations where they could be faced with temptation of driving while drunk must show a lot of self discipline to prevent this from happening. If self discipline is not their strong suit, then they must set up a series of back up plans to protect themselves, their passengers, and others on the road.  Stay safe, and stay out of that high risk driver category! Never get behind the wheel when drunk.